In 2017, when Dale Folwell became the treasurer of North Carolina, he performed a comprehensive audit of the State Health Plan, which 730,000 state employees, retirees, and lawmakers depend on.

Now that the audit is complete, more than 600 people were kicked off of the plan. Folwell explained that in order to save on the high costs of healthcare, the first step is to not spend money on people who are not eligible for the plan.

He found 601 people who did not deserve to receive taxpayer-funded insurance benefits. While it’s uncertain how much public money has been spent on the healthcare of these 601 people, Folwell stated that North Carolina spends an average of $6,000 per year for the health plan. This figure can lead us to believe that the state can save about $3.6 million by taking these 601 people off the plan.

Some people were removed from the State Health Plan because they never submitted any proof that they were a legitimate dependant while others simply didn’t qualify for the coverage they were receiving. In addition to removing ineligible people from the plan, the state has raised the rates for some plans. For example, a plan that used to be free is now $25 a month.

If you are searching for health insurance for you and your family because you were removed from a plan or never had one in the first place, the MAIR Agency is an invaluable resource. They can educate you on all of the available options and help you make an informed decision. Reach out to a MAIR Agency team member today to learn more about Wilmington, Charlotte or Raleigh, NC health insurance options. Our team will go above and beyond to make certain you are receiving the best coverage at an affordable rate. 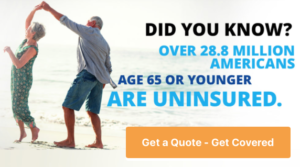